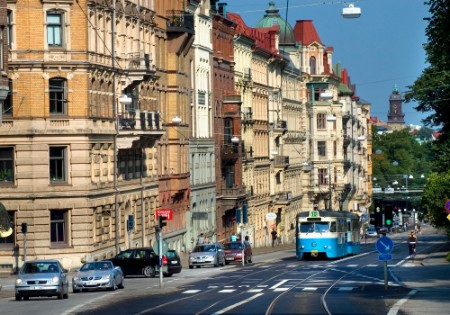 The coach of a boys football team participating in a youth tournament in Gothenburg is being held on suspicion of stabbing a rival following a brawl during a Gothia Cup match.

A young man sustained serious knife injuries after the incident and a 21-year-old man was arrested facing charges of aggravated assault. Gothia’s press officer Peter Pettersson Kymmer explained that there was an altercation during the match in Tuve and a man was stabbed. He added that the Gothia Cup coach had been arrested in connection with the fight.

Vastra Gotaland police spokesperson Ulla Brehm that a brawl broke out between two young men and led to one of them being stabbed with a knife either in the torso or collarbone area, adding that the victim sustained a serious injury.

Gothia Cup general secretary Dennis Andersson released a statement saying the incident left him feeling “appalled, disappointed and saddened”. He noted that this had been “the most serious incident” in the 40-year history of the cup, which more than one million spectators had enjoyed.

The Gothia Cup, which is also called The World Youth Cup, has been running since 1975. Organised by Gothenburg club BK Hacken, it has developed over the years into the world’s largest youth team competition. This year’s edition attracted more than 1,600 teams from around 80 countries.