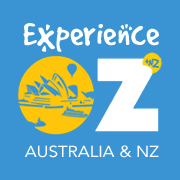 A Swedish woman has been named the best intern in Australia and will now travel across the country participating in a number of adventures designed for the winner.

Twenty-six-year-old photography student Angeliqa Jonsson, from Norrkoping, claimed the prize that has been named Australia’s Ultimate Internship and is now set to travel with three friends to take part in activities such as hot air ballooning, whale watching, white water rafting, sky diving and bungee jumping.

Jonsson explained that a friend informed her about the competition, which is organised by Experience Oz, so she decided to fill out an application. She said that she was shocked when they phoned her to reveal she was the winner, adding that she has never been so excited.

After being named the winner, she invited the friend who informed her of the competition to come and join her. Two other photography students are also set to join the adventure, which will take in a number of the country’s most renowned locations.

The internship includes two weeks of paid travel, with the group to visit the Gold Coast, Brisbane, Cairns, Sydney, Melbourne and the Sunshine Coast. Accommodation, flights, car hire and the activities will all be paid for.

Experience Oz business development manager Michelle Woodroff said that it was a great chance for the girls to learn new media production skills and build their portfolios.