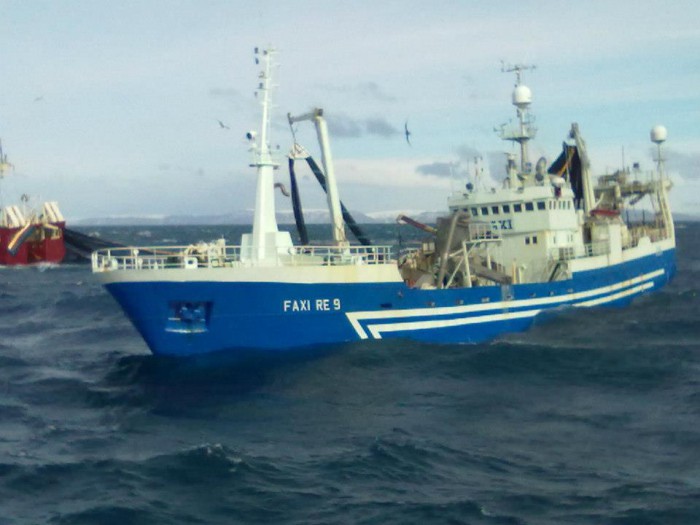 HB Grandi has bid farewell to one of its favourite vessels, after agreeing to sell the Vikingur AK-100 to a Danish company.

The ship, which is around half a century old, sailed out of Akranes on Friday night and was scheduled to arrive in Denmark on Tuesday. HB Grandi’s records show that the vessel landed some 970,000 tonnes of fish since it first sailed in 1960, around 46,000 tonnes of which was groundfish.

Vikingur set sail for the final time under the Icelandic flag recently. The two skippers were Gunnar Gunnarsson and Magnus Thorvaldsson, with the latter coming out of retirement after having skippering the vessel for many years, to be part of the ship’s grand finale Gunnlauger Palmason and Sigurdur V Gudmundson ran the engine, while veteran long-serving trawlerman Steinrimur Petur Baldvinsson.

Built at Germany’s AG Weber Verk yard in Bremerhaven in 1960, Vikingur first landed on Icelandic shores on 21 October the same year. It was renowned as one of the best fishing vessels in the North Atlantic island’s whole fishing fleet, along with Sigurdur IS-33, Freyr RE-1 and Mai GK-346.

Before its final sail, Vikingur had been docked at the Akranes port since being part of the capelin fishing season on 2013.