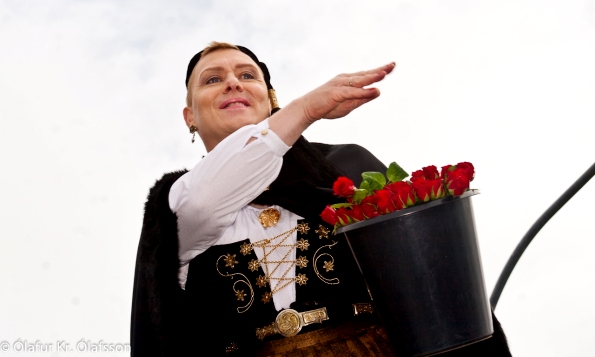 Gnarr, who made his name as a comedian and activist, is travelling to New York to promote and discuss his book – Gnarr! How I Became the Mayor of a Large City in Iceland and Changed the World.

The Icelander is likely to be a popular attraction in New York given that prominent figures such as Noam Chomsky and Lady Gaga have previously heaped praise on him. Chomsky has gone on record as saying Gnarr is, without competition, his favourite mayor in the world, while Gaga has said that mayors around the world should do more to be like Jon Gnarr.

In 2009, Gnarr founded the Best Party as a way of mocking Iceland’s failing political system after its economy crashed a year earlier. Gnarr campaigned to become mayor of Reykjavik on promises of a drug-free parliament by 2020, free towels at public swimming pools and downtown parks to house dinosaurs from Jurassic Park.

He subsequently got the most votes and was named the mayor of Iceland’s capital. Since being elected into the position, among the many things Gnarr has done was to dress up in drag to show his support for his country’s LGBT community during the Gay Pride festival.