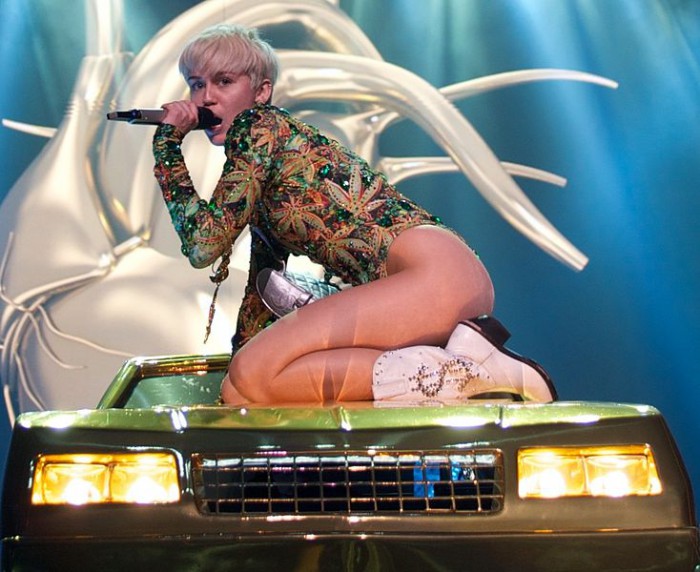 There’s not much Miley Cyrus could do anymore to shock onlookers but she’s back in the headlines again, this time for baring her bum during a concert in Helsinki.

The 21-year-old, who was performing in the Finnish capital’s Hartwell Arena on Sunday, has gained a reputation for her outrageous behaviour in her desperate quest to lose her good-girl, Hannah Montana, image. Her latest effort saw her take to the stage in yet another extreme costume, a dollar-print leotard that was so skimpy it gave her a huge wedgie and left noting to the imagination.

The singer’s latest tour, Bangerz, has seen her wear a host of daring outfits, but none have been quite as revealing as this one, particularly when she turned away from the crowd and bent over to purposely ‘moon’ them.

Another example of her outlandish behaviour was when she brought a bra onstage, moved in back and forth between her thighs like she was drying herself with a towel, before continuing her sexy dance routine.

It seems a long time since the blonde bombshell was delighting youngsters with hits such as Party in the USA, but judging by the roars of approval she received from the Helsinki crowd, her new image is going down quite well.