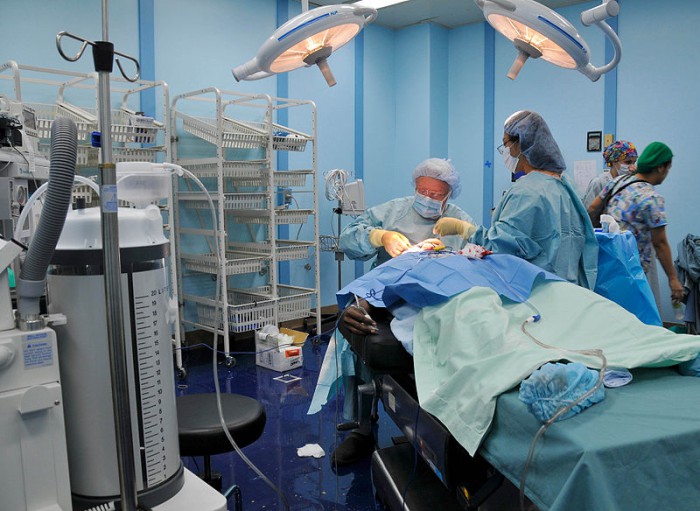 A 36-year-old woman was filmed as she had her breasts removed and restored at the Aarhus University Hospital last Thursday.

The surgery was played live on TV to medical students at the university, while members of the media were also invited into the auditorium and the whole procedure was aired on TV2 News. The woman, Camilla, was healthy, but a recent test showed she carried the BRCA-1 gene, which means she had an 80 per cent chance of developing breast cancer at some stage.

Camilla explained that many people in her family have suffered from cancer so she has seen the impact it has. She said she wanted to go through with the procedure so she can still be with her children when they grow up.

By removing both her breasts, her risk of getting breast cancer was reduced from 80 per cent to five per cent. Surgeons remove the tissue around the nipple in what is known as a nipple-sparing mastectomy before putting implants into the empty breasts. Breast restoration following a double mastectomy is carried out once or twice a week, but the technique used on Camilla had only previously been done five times at the Aarhus hospital.

The BRCA-1 gene also raises the odds of ovarian cancer, so Camilla plans to have her ovaries removed in the future.