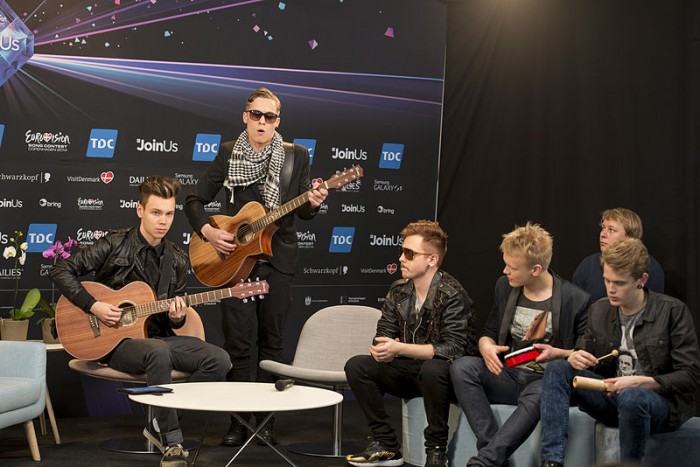 After performing in front of a watching world at the European Song Contest in Copenhagen on Saturday, some members of Finland’s representative, Softengine, returned to school on Monday morning.

It was an exciting start to the week for students at the Seinajoki senior secondary school as they gave members of the Finnish act a heroes’ welcome upon their return. Two members of the band, Eero Keskinen and Tuomo Alarinta, were persuaded to come into school by Principle Tuula Lamminmaki, with bassist Alarinta admitting he was incredibly moved by the welcome they received.

However, after arriving late on Sunday night, guitarist Ossi Makela was unable to drag himself out of bed when Lamminmaki phoned him early on Monday morning.

After finishing an impressive 11th in the contest, Softengine now find themselves in demand with the summer months already almost fully booked. Next week they will play a club concert in Laihia and at the Tampere amusement park Sarkanniemi. Alarinta said they don’t have many free weekends remaining.

The band’s first album has sold out, and their next one is due to be released in the near future