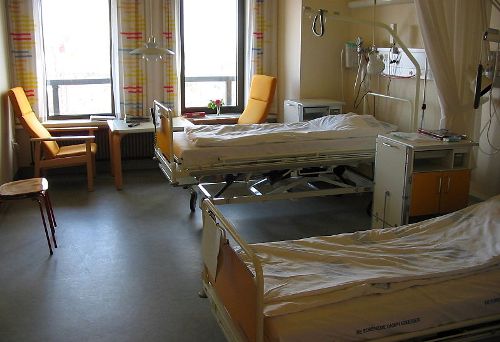 Emergency service workers in the Finnish city of Tampere have worked out that over 40 per cent of the patients they treated in a two-month period were under the influence of alcohol.

Tampere emergency services physician Antti Kamarainen carried out breathalyser tests on every patient treated by his colleagues in the two-month period and found that up to 20 per cent of patients were too intoxicated to blow into the apparatus. He said that 43 per cent of the ones who could blow were under the influence of alcohol.

Kamarainen said that they would have most likely got back positive results for alcohol if they had performed blood tests on the majority of the patients who were unable to blow into the tube.

The informal study has yet to have been reviewed, something required of all scientific research. Furthermore, it has not been carried out in other locations, which would be needed before the doctors involved could describe the findings as “reliable”.

Despite the fact that the Tampere study was carried out informally, Susanne Saarinen, a veteran emergency service worker at the Uusimaa rescue unit, said she thought the results were “credible”. She noted that if she compared it to her work the numbers would most likely be very similar.

Saarinen said that she has found intoxicated patients are much more likely to have an accident such as falling over and banging their heads. She also noted that people under the influence of alcohol often use ambulances like a taxi service when worried about their condition.

She explained that when inebriated, symptoms that have persisted for weeks might become more of a concern as people under the influence of alcohol experience certain emotions, such as fear of death, more than when they do in a sober state. She added that they decide they need to go to the hospital and end up calling an ambulance.