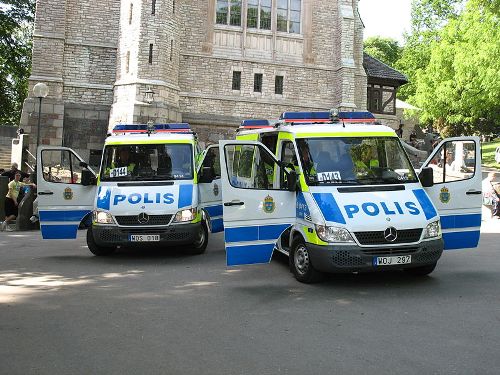 A Swedish court has fined two teenagers for tying a female classmate to a chair and stripping in front of her while a third recorded the incident and put it online.

The two high school students, from the western town of Vanersborg, tied the girl to a chair before performing the lewd act. The female student had initially agreed to be tied and watch the striptease, but when she discovered she could not get away she asked them in vain to untie her.

One of the male students, who was 19, ignored her pleas and stripped to his underwear before performing a dance in front of her. He then started gyrating in her direction and finished his dance by mooning her. A 17-year-old student had helped him tie the girl to the chair.

The 19-year-old was convicted of unlawfully detaining the girl and sexual harassment. He was fined what amounted to 55 days’ income. His 17-year-old accomplice was also convicted and had to pay the equivalent of 30 days’ income.

Another student, who was present during the incident, filmed everything and posted it on Facebook. He faced charges of aggravated slander but was freed because the Vanersborg District Court found that he had not meant to ridicule or mock the girl. A fourth student who witnessed the incident was also freed of any wrongdoing.