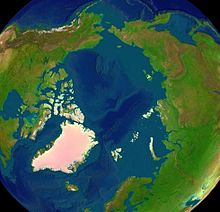 Gunnar Bragi, who was speaking at the Economist’s Arctic Summit 2014 in London, explained that bilateral cooperation has resulted from an investment agreement between the two nations signed in 1994. He noted that Iceland and China have had a strong relationship for many years, adding that his country views China as one of the world’s “important players”.

The foreign minister went on to say that Iceland wants opportunities to carry out research and do business with China in the Arctic. On that subject, he revealed that a Chinese firm has been given a licence to carry out oil and gas exploration in the Dreki region, located between the North Atlantic nation and Jan Mayen Island.

The minister said his government considers Arctic development as a priority, and noted that China has shown huge interest in researching the region. He went on to say that the Polar Research Institute of China (PRIC) already owns a Northern Lights research station, so there are plenty of opportunities to pursue.