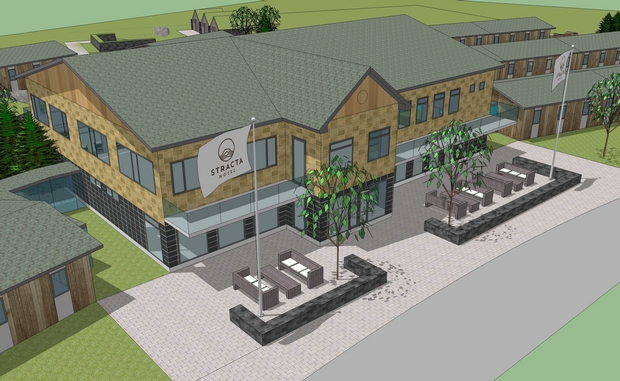 British publication The Independent has featured the new hotel in Iceland, Stracta Hotel, as part of its hotels for 2014 travel article, which is set to open in 2014 in Hella, located in southern Iceland.

The Independent article, titled New hotels 2014: Check-ins to check out, discovers the most talked about boutique hotels across the globe for 2014. The article stated that the Stracta Hotel “is positioning itself as a place to relax, but also to explore the famed volcanic landscape.”

The first Stracta Hotel is set to open at the end of May 2014 in Hella, right in the heart of the country’s volcanic landscape. Nine other hotels will follow Hella in the coming years.

Each Stracta Hotel will be strategically located to make the most of Iceland’s varied and unique natural attractions. The first Stracta Hotel in Hella is located in relative proximity to numerous well-known attractions in Iceland, including Hekla, Eyjafjallajökull, Þórsmörk, Gullfoss, Geysir, Þingvellir and Jökulsárlón.

Nine of the ten planned hotels are set to be located on the outskirts of small towns, villages or natural wonders, giving guests easy access to Icelandic nature and the all-important shops, bars, tour operators, and restaurants.

To view New hotels 2014: Check-ins to check out in full, click here.