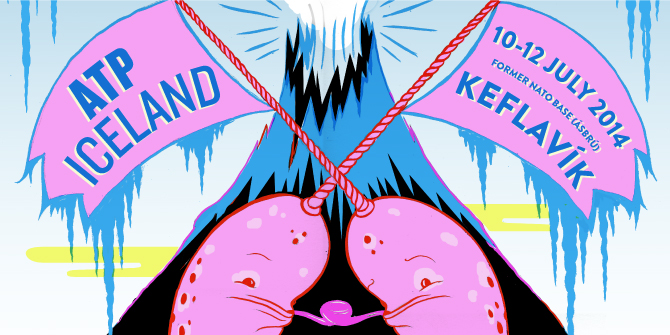 Portishead and Interpol have been announced as the headline acts for this year’s All Tomorrow’s Parties festival in Iceland.

After many years being staged at Camber Sands in England, the international festival moved to the town of Keflavík in Iceland last year. This year’s event will take place at the former NATO base of Ásbrú from 10-12 July. It will also be the first time the two bands will perform in the North Atlantic country.

ATP founder Barry Hogan said that Interpol have always been popular among the ATP organisers but have never actually played at the festival, adding that it’s an exciting prospect. He went on to say that Portishead have established a long relationship with the event, first playing back in 2007.

Portishead will headline the 11 July line-up, while Interpol will top the 12 July roster. Others already signed on for the festival include Icelandic acts For a Minor Reflection, Low Roar, Mammút, Samaris and Sóley. Organisers are expected to announce more acts in the weeks ahead.

The inaugural ATP Iceland took place in 2013 and featured acts including Nick Cave & the Bad Seeds, The Fall, Thee Oh Sees, Chelsea Light Moving and The Notwist. This year’s edition will include a build-up week in the capital Reykjavik starting 7 July. Fans will be able to enjoy concerts, DJ sets, art exhibitions, film screenings, and an ATP store.