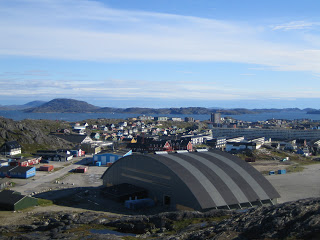 Based in Akureyri, North Iceland, Norlandair provides aviation services in the challenging environment of the Arctic. Services include both charter and scheduled flights on various types of aircraft. In addition, Norlandair offers complete logistical services, survey flights, medevac flights and SAR services.

The Vestnorden Travel Mart trade show has been the main platform for promoting the West Nordic region as a tourist destination for over 25 years. This year’s trade show will be taking place at Inussivik, Greenland’s largest sports hall.

Norlandair will be showcasing its services, which include its Arctic Circle island tours to Grímsey, Iceland, and its all year round scheduled service from Akureyri to Nerlerit Inaa on the east coast of Greenland.

In addition, a conference will be running alongside the trade show, which will start with the official opening of the Vestnorden Travel Mart, followed by presentations by Visit Greenland, focusing on tourism. The Conference will be taking place at the new modern conference facilities at Hotel Hans Egede on Saturday 21st September 2013, from 09:00 to 12:00 am.