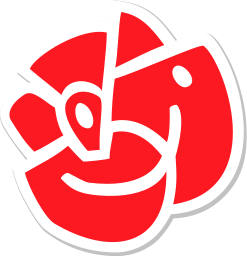 The controversial politician and head of Sweden’s Islamic association, who recently left a high profile Social Democrat party position, has broken his media silence. Omar Mustafa quit his post as a Social Democrat representative for the Stockholm district of Arbetarekommun just six days after he was elected to the position.

“I am neither a terrorist nor a fundamentalist and I don’t advocate violence,” Mustafa said during a press conference in a secret location surrounded by police, adding that he chose to speak out because he feels the Social Democrat’s latest statements have not revealed the full truth.

“I do not know why the party today says I did not fully listen to them when I feel we communicated closely throughout.” Mustafa also said although he offered to resign from his position as Swedish Islamic association chairman during a closed door Social Democrat meeting, the party leadership said he would also have to give up his position as governing board substitute member.

Mustafa stated that the Social Democrats did not want to, nor did they know how to, deal with the media storm surrounding the controversial statements he has made in the past. “The party told me the pressure from the media was too big and that they wanted to focus on talking about jobs,” he said during his press conference.

Mustafa did however stand by a statement he made on his Twitter account about Sweden sending fighter jets to Israel. His tweet said it seemed logical to him that similar tactics could be used to prevent Human Rights abuses in the Gaza Strip if Sweden was able to establish a no fly zone to protect Libyan civilians.

Omar Mustafa, who was a refugee when he first arrived in Sweden, first joined the Social Democrats in 2010 because he believed there was not enough diversity in the opposition party. “I didn’t see anyone with a refugee background in the party. I didn’t see any members who lived in socio-economically vulnerable areas,” he said.

Lebanon’s Hezbollah organisation and Christian groups were among the many different people the Islamic politician met during his many field trips throughout the globe. “I share some of these people’s opinions; with some I do not share their opinions,” Mustafa said. “It is classic Swedish labour movement tradition to take part in debates with people who do not think like you do.”