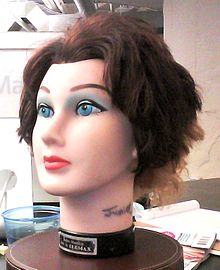 The Danish hairdressers union, DOFK, and Denmark’s equality board, Ligebehandlingsnævnet, may soon be facing each other in court over the price of haircuts. At the beginning of 2013 Ligebehandlingsnævnet argued that haircut prices should no longer be based on gender since this breaks national equality laws.

The dispute arose back in October 2009 when a woman sporting a short hairstyle was made to pay more for her haircut because she is female. She argued that her hair is the same length as most men’s. The female client was furious and she lodged a formal complaint to the board. The hairdresser in question argued her case, stating that it takes longer to cut a lady’s hair because male haircuts usually just need a quick trim with electric trimmers.

The equality board said that this argument did not suffice. The final ruling stated that from now on hairdressers must charge equal prices for men and women, unless after evaluating a case there seemed a fair reason to alter the price.

The national hairdressers’ union, DOFK, are displeased with this ruling and they are now considering taking the issue to court.

According to the Berlingske newspaper, DOFK’s president John Petersen has said, “We are currently evaluating the verdict with our attorneys and deciding whether to take the matter to court.” He added “We have advised our members to refrain from any price changes.”