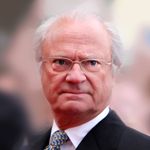 Police and coin experts in Sweden have been baffled by the discovery of a one-krona coin that comments on King Carl XVI Gustaf’s reported womanising. Instead of bearing the inscription ‘Carl XVI Gustaf Sveriges Konung’ (Carl XVI Gustaf Sweden’s King) around the monarch’s head, the coin reads ‘Vår horkarl till Kung’, translating roughly to mean ‘Our whorer of a King’.

The coin, which is Sweden’s smallest denomination worth roughly 0.1 euro, was found by 72-year- Karin Mattsson from Piteå, northern Sweden. “At first I thought my eyes were deceiving me,” she told local newspaper Piteå Tidningen. “Maybe it’s from someone who doesn’t like the King,” she deduced. “If this is just a prank, then someone has gone really far,” she added.

Notes and coins expert at the Riksbanken, Mårten Gomer, said the discovery is very unusual.  “We’ve never come across this before. It’s really rare that you find counterfeit coins in Sweden,” he told the paper. “My immediate impression is that it’s from a normal one-krona coin. Someone has put a lot of time into it, and it was done incredibly well.”

Lars-Göran Johansson of the Piteå police added, “I’ve never heard of something like this happening.”

The insult is presumably a reference to the King’s rumoured infidelities, which were detailed in the 2010 book ‘Carl XVI Gustaf – Den motvillige monarken’ (Carl XVI Gustaf – The reluctant monarch). The biography tells of King Gustaf attending wild parties, having affairs and mixing with members of the Swedish underworld.