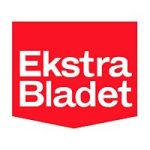 A Danish tabloid has had its application for an e-paper rejected by Apple due to “offensive” pictures of topless women. According to Politiken, the Ekstra Bladet newspaper has been informed that their regular page nine girl will have to wear more clothes if they are to be featured on iPads.

“This is madness. There’s absolutely nothing pornographic or offensive about her,” said Ekstra Bladet editor-in-chief Poul Madsen.

Mr Madsen refused to take the scantily-clad lady out of the electronic version of the tabloid, saying, “She is part of the soul of the paper. She’s a breath of fresh air, a ray of sunshine in a daily reality that is usually filled with violence and crime.”

Mr Madsen went on to accuse Apple of unfair censorship, adding that the rules are anti-competitive as the paper cannot be published on the iPad in its entirety. Madsen claims he is willing to take the matter to the courts if Apple do not back down.

“So far, Apple has arrogantly ignored our enquiries,” he said. “But that is about to change now that we’ve threatened to take the case to the EU-tribunal.”

The newspaper has launched a campaign to expose what it says are Apple’s double standards. Readers have been asked to report examples of other tabloid newspapers, such as the British The Sun and the German Bild, which have been allowed to show topless women on their iPad applications.

“We want to point out the double standards and reveal how much bare skin Steve Jobs uses in his little app-land,” said Madsen.