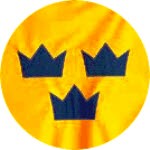 Sweden’s national men’s ice hockey team fought back from a goal down to defeat the United States 4-2 in the consolation round of the World Ice Hockey Championships in Berne. The victory gave the Swedes the bronze medal in the event, placing them in third.

The Local reports that Jack Johnson of the Los Angeles Kings started things off for the US with a strong slap shot during a powerplay. The Swedes made things level nearly 30 minutes later when Loui Eriksson of the Dallas Stars fired one past the goalie during another powerplay.

Tony Martensson, who set up the first Swedish goal, put his country into the lead 2-1 with four minutes to play in the second period while two of the American players were stuck in the sin bin. However, Joe Pavelski of the San Jose Sharks again levelled the match at 2-2 just after the third period started.

Sweden blueliner Carl Gunnarsson made it three for Sweden shortly after, and the Swedes finished things off in the dying minutes when Johnny Oduya flipped the puck into an open US net.

Russia took gold with a hard-fought 2-1 win over Canada in the final.