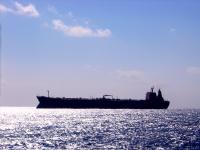 In the most recent incident of piracy in the Gulf of Aden off the Somali coast, pirates boarded and captured a Norwegian tanker, giving more credence to the decision to send a Norwegian frigate to the area this summer to lend a hand to the UN anti-piracy effort.

The captured Norwegian tanker, the Bow Asir, is carrying chemicals according to reports by the Norway Post. The ship was sailing in what is called the “safe route,” a region of international waters well outside the areas where Somali pirates are known to prowl.

The captain, also a Norwegian, was able to send out a radio message reporting the attack to his operators in Bergen, Salhus Shipping, before all communications went black. In his message, the captain stated that around 18 men armed with machine guns had boarded his tanker.

Norwegian authorities believe the ship is now heading to a harbour along the Somali coast. A ransom demand is expected to follow while the ship and its crew wait out the course of events. In the summer, a Norwegian frigate ship will join the EU’s anti-piracy naval patrol that is keeping a watch on the coast of Somalia.