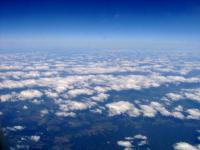 A seabed mapping expedition in the Arctic region has returned evidence that suggests Denmark has a strong claim to the North Pole thanks to its continued sovereignty over Greenland, whose Home Rule does not entirely remove it from the Danish kingdom. At present, no nation has sovereign rights over the North Pole, even though many covet the idea now that the Arctic appears to be warming up.

Canadian scientist Ron McNab, who is retired from the Geological Survey of Canada, told CBC News the seabed mapping currently being done by Canada, Denmark and the US indicates that Denmark has the strongest case to claim the potential wealth of minerals, gas and oil under the Arctic seabed.

“Preliminary work has shown – and this is, again, very preliminary – that Denmark would actually have the strongest claim to encompass the North Pole within its region,” said McNab. The Copenhagen Post reports that Norway, Russia, Canada and the US are each conducting their own mapping projects in the hope of laying claim to coastal areas in the Arctic under the United Nations Convention on the Law of the Sea.

There’s plenty of incentive to own the rights to the Arctic seabed. An American report estimates there could be as much as 90 billion barrels of oil tucked beneath the ocean floor. Russia has been making the boldest strides so far, planting a flag on the seabed directly under the North Pole in 2007 to strengthen its position.