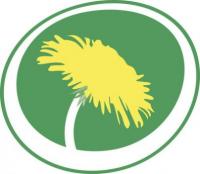 One of the four men currently charged in the landmark Pirate Bay trial, Peter Sunde, has publicly stated he has decided to join Sweden’s Green Party. Whether this is good news or bad for the liberal Swedish political party will take time to become apparent as Sunde and his associates await the verdict in their trial over Internet file sharing.

The Local showed some of Sunde’s recent blog entries, which state “Integration, privacy, equality, freedom of speech, and the environment are some of the issues which I care deeply about. The party which I today feel is most right for me is the Green Party. Even if I am maybe a bit more to the left then their average voter, they are pushing many important issues and have a sound internal structure which gives me the feeling that I can have an influence.”

The much-anticipated verdict in the Pirate Bay trial is expected to be handed down on 17 April. But before that Sunde is taking the opportunity to express his political views, which he hopes the Green Party will see as an asset. The Green Party’s governing board, however, was circumspect about Sunde’s declaration, and plans to treat him the same as any other party member.