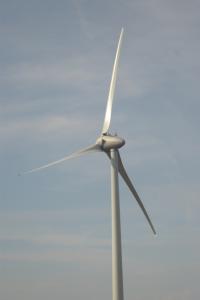 The Danish think tank, Poyry, has published a new report suggesting that Denmark will not meet its 2012 targets under the Kyoto Protocol using its current climate plan. The report indicates that Denmark will create 35 million more tonnes of greenhouse gases than it had originally forecast.

Poyry CEO Jorgen Abildgaarde told the Politiken, “There are conditions in the Danish plan that cannot be met.” The Kyoto commitments to reduce greenhouse gas emissions must be met by 2012, and it is now too late in the game to change Denmark’s agenda and introduce new initiatives.

Kirsten Halsnaes, the head of the Climate Centre at the Technical University of Denmark, commented: “This is 2009 and there are no technologies that can be put in place quickly enough to realise the reduction. This is a lot of tonnage and we are already way behind in reduction.”

Halsnaes should know, since she’s one of the lead authors of the United Nations’ latest report on climate change. This is disappointing news, as Denmark prepares to host the UN Climate Summit in December. At the summit, world leaders will try to negotiate a new agreement on greenhouse gas emission reductions to take effect after the year 2012.