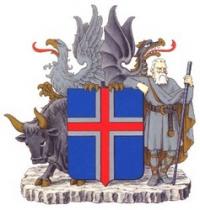 A Government of the Social Democratic Alliance and the Left-Green Movement takes office today. It aims to assure an effective administration to carry out urgent measures, particularly for the benefit of households and business, for rebuilding the banking system, in the field of administrative reform and to carry out measures in favour of increased democracy.

The economic policy of the Government will be based on the programme already established by the authorities and the International Monetary Fund, IMF. The Government will conduct a prudent fiscal policy according to which the fundamentals of the welfare system will be protected.

The two parties agree on the importance of holding early elections, set for 25 April 2009. The Progressive Party will defend the Government in the event of motions of no-confidence.

Ten ministers will take seat in the new government, five men and five women. Two of the minsiters are not members of parliament.