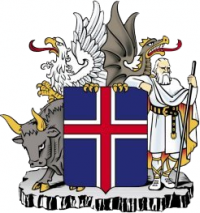 Ossur Skarphedinsson, former Minister of Industry in Iceland’s departing government, said on RUV News that discussions on the formation of a new government between the Social Democrats and the Left Green Party are going well.

The Social Democrat MP said that there are no major issues left to be resolved and that the talks can be expected to come to an end tomorrow.

Talks on the formation of a new government to rule Iceland until the elections this spring have been going on in Reykjavik’s Althingi Parliament House since early this morning.