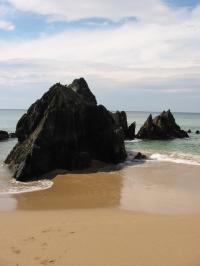 The Swedish government has proposed a bill making it easier to develop isolated beaches while tightening the rules on already overdeveloped coastal areas. But the Swedish Society for Nature Conservation (SSNC) is unhappy with the plan to allow development on some of the nation’s beaches.

Andreas Carlgren, Sweden’s Minister for the Environment, explained to SR International that environmentalists have nothing to worry about. The existing ban on building within 100 metres of the shoreline will remain intact. In addition, the Swedish tradition of keeping the first 25 metres of coastline open to the public will remain even if the government suspends the beach’s protected status.

Critics of the bill, who include members of the opposition parties as well as environmental groups, claim that the new law will focus more on special dispensations instead of increasing the protection of Sweden’s beaches. They feel let down after the Minister of the Environment made explicit promises to protect the coastline last autumn.

The point of contention is the allowance for special dispensations along coastal areas where new building would be an extension of an existing structure. Expansions could potentially be quite large. But the Swedish Parliament must still pass the bill before it becomes law. If it does, it will take effect on 1 July.