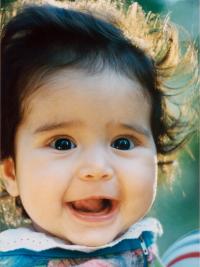 At the beginning of the year, the number of foreigners living in Iceland was 25,265, or around 8.6 percent of the population. Statistics Iceland figures suggest that is a significant increase on 1996 when foreigners made up just two percent of the population, or 5,356 people. The proportion of foreign residents in Iceland is now similar to that in both Norway and Denmark.

On the other hand, the proportion of the population made up of second-generation immigrants is much lower in Iceland than in Norway and Denmark: they made up 0.1 percent of the population in 1996 and 0.5 percent in 2008.

Foreign residents in Iceland are mostly in the 20-39 age group. The proportion of children in the group is much lower than in neighbouring countries, and second-generation immigrants are overwhelmingly in the under-10 age group. Statistics Iceland believes this is symptomatic of the relatively short history of immigration to Iceland; while others postulate that it is symptomatic of the fact that Iceland is seen as a ‘cool’ place for ‘cool’ Western youngsters to live for a year or two while immigration controls for others remain very tight, and residents of developing countries often find it difficult to gain access to the country.

Until the end of the 20th Century immigrants to Iceland mostly came from the other Nordic countries, but now the majority of immigrants come from Eastern Europe. Over 9,000 of the 25,265 total come from Poland; but as unemployment rises, the number of Poles (and immigrants generally) is decreasing again.

Only time will tell by how much and to what effect.