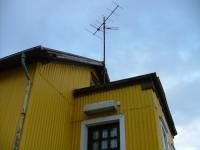 A new Capacent Gallup poll was carried out on behalf of ASI (Icelandic Confederation of Labour) to asses the situation of Icelandic personal debt. The survey revealed that the majority of those questioned (62 percent) had inflation indexed mortgages in Icelandic kronur. The next biggest group (30 percent) was those with car loans denominated in foreign currencies.