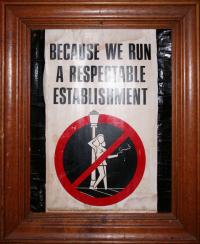 Now in its fifth day of operation, a new law in Norway makes it a criminal act to pay for sexual favours both within the country and outside it if you’re a Norwegian citizen. Based partly on a similar law instituted by Sweden in 1999, it is expected to greatly reduce the number of prostitutes currently working the streets of Oslo.

The prostitutes selling their services, however, will not be liable to prosecution under the new law. Only the customers will face charges of buying sex. Those caught could be given six months in jail, a fine, or both. If the sexual act involves minors or other special circumstances, the penalties could be much greater.

Earth Times reported Justice Minister Knut Storberget as saying: “People are not goods for sale. With this law we wish to make it more difficult for human traffickers to ply their trade in Norway.” Police can use wiretaps at will to collect evidence on violators. Police have also been informing Oslo’s 700-odd prostitutes about the upcoming law, so they are prepared for a drop in business.

Critics contend the new law will just send prostitution underground, making it even harder to monitor and control. The hospitality industry in Oslo, however, welcomes the new legislation as it will hopefully put a cleaner face on the Norwegian capital for visitors.