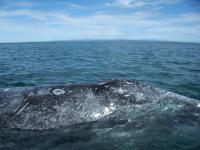 Norway’s Fisheries Ministry announced that it has lowered the annual quota of minke whales allowed to be caught by commercial fishing companies by 16 percent. The new quota will take effect in 2009, allowing whalers to catch 885 minke whales next year as opposed to 1,052 this year.

Norway is one of the only nations that still hunts whales commercially, although they haven’t met their quota in years due to the difficulty involved in catching minke whales. Environmentalists are still angry, however, that Norway endorses whaling at all. Greenpeace released a statement that the annual hunt is pointless and should simply be stopped.

Although Norwegians eat the whale’s meat, there is no modern use for blubber, so all of that fat gets dumped. Greenpeace also noted that “this summer, the whalers were called home in the middle of the season due to low demand. The government’s adherence to whaling is pure symbolic politics.”

The Norwegian government sticks to its claims that whaling helps local coastal communities, and that its minke stock is healthy and managed for ideal sustainability. But neither camp seems willing to give any leeway on the issue, so Norway will continue catching for the foreseeable future.