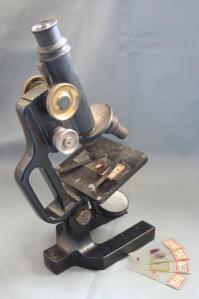 The Icelandic krona began its “managed refloat” on Friday – and celebrated on Monday with a spectacular belly flop, gasping for air and struggling not to drown. It is only fair to point out, however, that yesterday saw a marked levelling-out, with only slight changes in both directions.

Meanwhile, also on Monday, a thousand people celebrated the 90th anniversary of Icelandic nationhood by demonstrating against the incumbent government and central bank board on the beautiful Arnarholl hill, right outside the Central Bank of Iceland. Iceland gained total home rule 90 years ago, but only gained total independence from Denmark in 1944.

After the rally, nearly a hundred of the protesters went into the central bank itself to have a little chat with governor David Oddsson; but riot police happened to be manning reception at the time.

Despite the use of eggs and paint, the protestors eventually left peacefully after they had persuaded the police to lay down their shields and pepper spray (which were not used).

“David Out!” was the bank protestors’ chant. “It is a very simple demand and no one listens to it. Ninety percent of the nation wants him gone,” said protestor Gudjón Heidar Valgardsson, according to IcelandReview.com.

Back to the currency refloat: I will not be in Iceland over Christmas and decided it would be sensible to change my money before the currency was refloated. After all, at least we knew what we were getting with the controlled rates. The last I heard it was going to be refloated some time this week, but it actually began on Friday. So, first thing Monday morning I queued up at the bank, newly arrived December paycheque still warm in my bank account, to buy some British pounds.

It seemed everyone else in Iceland had turned out that morning to do the same thing (or dollars, euros or whatever). Not only was I significantly late to work, but each pound cost me two kronur more when I finally reached the desk than it would have done when I first entered the bank. That’s just crazy.

Economics professor Gisli Magnusson told RUV.is that the krona is, “Clinging to life on a ventilator”. The ventilator in this case being the new laws on foreign currency exchange; a rather draconian set of rules designed to allow the currency to refloat without plunging in value.

Many IceNews readers have commented that a currency refloat cannot be managed – that a currency is either floated or it is controlled by the state. This is of course true, semantically speaking.

But I would argue that the word ‘managed’ simply means ‘slow’ in this instance: a way of totally refloating the currency over time without further destroying the economy.

The logic behind the move lays in the facts that Iceland’s balance of trade now quite firmly sits in favour of exports, and the new currency laws actually force businesses to bring their foreign-earned cash home to Iceland. These factors mean that the country is steadily building up reserves of foreign currency which it can slowly and steadily pay back out to the people queuing up to remove their money from Iceland.

There are ISK 550 billion (EUR 2.9 billion) of foreign investments in Icelandic bonds and bank accounts – some or lots of which will presumably be removed when investors are permitted to do so.

Allowing the money to bleed out of the country as other currency comes in to replace it is a move designed to stabilise the krona exchange rate and stop all the investors removing their cash at the same time. The inevitable drop on Monday aside, the plan seems to be working. But it is still far too early to tell if it will work in the long run.

Indeed, Gisli Magnusson says the IMF has no confidence in the currency any more, believing that it should be totally abolished.

While things remain characteristically unclear at the moment, one thing is crystal clear: time.

Everything that happens needs to happen on time.

If David Oddsson has to resign, he must do it in time to save the reputation of the central bank. On the other hand, if he does not have to resign, he still needs to make his big move, whatever that will be, in good time.

In any other year, now would be the time to let the politicians get on with it and just lay back and enjoy Christmas. This year will be different, because we will all be doing less Christmas shopping, so will have more time to follow politics and have our say – whatever our personal political persuasion.

Not that you need the invitation, but please feel free to leave comments!
Alëx, IceNews editor