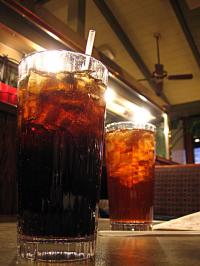 A Nordic report on the dangers of caffeine consumption on children and teenagers in the Nordic countries was published in October 2008. The report is a cog in Nordic collaboration under the auspices of the Nordic Council of Ministers.

Daily consumption of caffeine-containing drinks is a common occurrence in all age groups all over the world. This also applies to children, who obtain caffeine primarily by consuming fizzy drinks and/or food and drink products that contain cocoa.

Caffeine can have various effects on the body. Like with adults, moderate consumption of caffeine can have a stimulating effect on children and teenagers. Larger amounts, on the other hand, can produce a negative effect, such as fretfulness and anxiety.

The Icelandic Food and Veterinary Authority will hold a meeting about the subject on Tuesday 25 November.