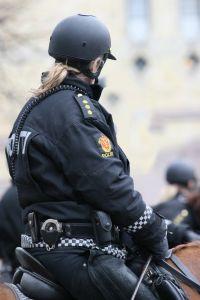 Once again the nations of Scandinavia are considered to have the highest levels of gender equality in the world. The Swiss-based World Economic Forum, which conducts the annual ranking of 130 countries, found that Norway, Finland and Sweden ranked top of the list, respectively.

The survey looks at how each country attempts to close the gap between men and women on issues such as education, economic participation, health, political opportunity and survival. The three Nordic countries only have gaps of around 20 percent, while nations like Yemen, ranking at the bottom of the list, have a gap of over 54 percent.

Yemen was followed by Chad, Saudi Arabia, Pakistan, Benin, Morocco, Egypt, Turkey and Ethiopia as having the widest gender gaps. The US moved up four spots this year to number 27, closing about 71 percent of its gender gap mainly due to improvements on political empowerment and income equality.

“Greater representation of women in senior leadership positions within governments and financial institutions is vital not only to find solutions to the current economic turmoil, but to stave off such crises in future,” Klaus Schwab, founder and executive chairman of the World Economic Forum, said in a statement.