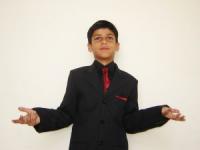 The only real fact we know is that nobody really knows what’s going on just at the moment. And there’s the disturbing realisation dawning that this might also include some of the people we’re all looking to for answers.

The IMF has delayed its decision on Iceland’s USD 2.1 billion loan request yet again. This time apparently because they want Iceland to secure the remaining four billion of its desired six billion before they approve it – despite already knowing full well that other potential lenders are holding their money back until the IMF approves their loan.

The Swedish business daily Dagens Industri describes Iceland’s current position as “a catch 22 situation”. The Swedish Central Bank is one of the key institutions that has declared it is waiting for IMF money to reach Iceland before it offers the country a loan.

Icelandic suspicions are that the IMF loan is being held up by the Dutch and British governments eager for Iceland to agree to cover the cost of all Icesave deposits before they give the IMF loan their blessing. Under European law, Iceland is responsible for only the first EUR 20,000 in each account.

While the Dutch have hinted that this may be somewhat true, a British government spokesman told Frettabladid today that the UK wants Iceland to receive the loan and that the country has not been using its influence in the IMF to delay the decision.

Meanwhile it is looking more and more likely that the British Royal Air Force will be asked not to come and take over Iceland’s Keflavik airbase this December, as had been the plan under the NATO defence agreement. Under the agreement friendly nations have been taking it in turns to defend Iceland’s airspace since the USA left Keflavik in 2006. The leader of the Left Green Alliance described the idea of Iceland being protected by the military of a nation with whom relations are so strained as “preposterous”.

The Icelandic president’s apparent invitation to Russia to take over the airbase at a diplomatic lunch last week was generally greeted with shock – despite the fact that the president is a figurehead and has no real political power.

His frustration with Iceland’s traditional allies is shared by many of his countrymen. His invite to Russia was probably only designed to shock and promote debate (which it has). And his declaration that he, and all MPs, should be paid less because of the financial situation proved very popular. All-in-all, a good week for President Olafur.

The new, open and information-rich government stance towards public relations is still bearing little fruit, it would seem. However, it is possibly not because they want to keep the public in the dark; rather that there just isn’t much to tell.

The regular Saturday protests outside parliament have spilled over into the week as well, with a ring of people holding hands encircling the entire parliament building reported at lunchtime today. Among their chief demands is the scheduling of a new election immediately.

The idea that the current stable and experienced government should be allowed to sort out the problem and get the country on its feet again before anyone even thinks about elections is a theoretically sensible idea that most people agreed with to a point. But pressure is undoubtedly building with each passing day for a fresh start sooner rather than later.

Talking of fresh starts: a principal reason for Iceland securing loans worth USD 6 billion is to provide substantial foreign currency reserves to support the Icelandic krona when it is refloated on international markets in the near future. Iceland’s currency absolutely needs to have a decent level of value and stability at whatever cost in order for the country to get back on its feet again.

But does that currency need to be the Icelandic krona? Daniel Gros, director of the Centre for European Policy in Brussels who assisted Montenegro on adopting the euro without joining the European Union, recommends Iceland do the same and that the country do so as soon as possible, Iceland Review reports.

Two Icelandic economists, Hreidar Mar Gudjonsson and Arsaell Valfell put forward the argument originally, saying that huge loans to Iceland would leave the country in an impossible amount of debt for generations to come, and that taking the euro would be a more sensible alternative to taking foreign loans.

The European Union has consistently stated that Iceland is welcome to join the euro, but that it would need to enter the EU first. It was said this spring and summer that the unilateral adoption of the currency without EU approval would be frowned upon and would severely damage EU-Iceland relations.

Daniel Gros now argues, however, that the krona is so unsustainable that Iceland needs to adopt the euro right now – before the end of 2008. And he also believes that the EU would now agree with the decision, unlike earlier in the year.

If Iceland were to tell the European Central Bank that it had taken the euro out of desperation and that it would immediately set about implementing the Maastricht Treaty criteria as soon as possible, Gros believes EU-Iceland relations could remain friendly.

The scandal of how Iceland got into this mess in the first place, who is to blame and how they should be punished will be solved when the huge wave of inquiries begins after the country regains a semblance of stability.

But right now, the REAL scandal is how a country surrounded for decades by close friends and allies is being hung out to dry at the only time in the republic’s history that it really, really needs help from its friends. In these emotionally charged times, Icelanders are angry and upset that the world seems to be happy to watch them return to the Stone Age.

In less emotional, rational moments, it is also obvious, however, that subtle changes from any number of people, businesses and organisations could serve to completely change the situation in no time at all.

In the meantime, tourists are still flooding to the country, all the shops and restaurants remain open and well-stocked, the balance of trade is now firmly in favour of exports and most people still have their jobs…