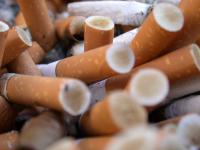 The days of the smokeless cigarette may be coming to an end in Denmark because they have been found to contain an unapproved form of nicotine. The Danish Medicines Agency, the government department in charge of drug approval, determined that the type of nicotine used has not been certified by the government, reports the Copenhagen Post newspaper.

Once Denmark outlawed smoking in public places, nicotine addicts found a potential saviour in the electronic cigarette. These smokeless devices look like plastic cigarette holders, and even have a fake glowing ember on the end; and while they do contain nicotine, they contain no tar or any other chemicals.

These smokeless cigarettes have become popular among serious smokers because they still contain a form of nicotine, though it is different from the kind normally found in standard cigarettes. This is the problem the Danish government has with these cigarettes distributed by U2Lifestyle International.

Jorn Phigalt, the head of U2Lifestyle International, claim’s that the concerns of the Medicines Agency are “nonsense.” He explained that “they’re just something that smokers can use in restaurants or after an evening at the theatre.” Phigalt does not believe the Danish government can stop him from selling his products.

“We can still legally sell electronic cigarettes, cigars and pipes from other European countries, and Danes aren’t forbidden from buying them over the Internet for their own use,” Phigalt contends.