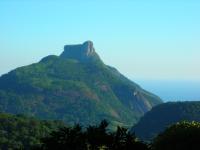 A new Amazon conservation fund initiated by Brazil’s government in August has received its first major donation from Norway, which offered USD 1 billion to protect this essential biosphere. The Norwegian donation is the beginning of what Brazil hopes will eventually amount to a USD 21 billion fund to protect the Amazon and stop loggers and farmers from desecrating the rainforest, according to the Associated Press.

Norwegian Prime Minister Jens Stoltenberg told AP reporters that Norway’s donation will be contributed little by little until 2015, as long as Brazil continues its efforts to stop the deforestation of the Amazon. The money will also be used for research and development into new technological and scientific projects.

The slash and burn tactics of Amazon loggers, ranchers and farmers release around 400 million tonnes of carbon dioxide into the atmosphere each year. This amounts to 80 percent of Brazil’s greenhouse gas emissions, and makes the South American nation one of the world’s biggest polluters.

Norway will give USD 21 million in 2008, and USD 210 million in 2009. If initial efforts prove successful, it will give the full amount promised. Germany and two other unnamed countries have also stated their intent to contribute to the fund. It is estimated that the Amazon loses more than a football-pitch-and-a-half’s area of rainforest every minute to harmful activities like logging, farming and ranching.