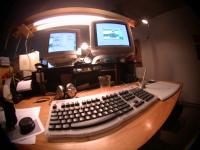 In a historic deal, the United States and Norway are set to sign an agreement to share the personal data of each other’s citizens. A similar deal has just been struck between the US and the EU, allowing for everything from personal web surfing information to mobile phone numbers and email addresses to be exchanged between the government bodies.

Leaders within Norway’s government, however, seem to want more assurances that the data will be kept safe and used in the proper way. Speaking to the newspaper Aftenposten, State Secretary Terje Moland Pedersen said “the Norwegian Government wants assurances that the information given will be protected and treated in a secure manner.”

Georg Apenes, who heads the Norwegian Data Inspectorate charged with protecting Norwegian privacy, said the US has an insatiable appetite for information about the private lives of people around the globe. Apenes wants to make sure his agency knows exactly what information is passed over to the Americans.

“When the agreement is signed, the Norwegian public will at least know more about what they are exposed to. The central question still remains whether handing over confidential information about people actually makes the world any safer in the way the Americans claim,” said Apenes.