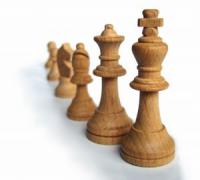 A Norwegian teen is set to become a household name since being named the best chess player on the planet. Magnus Carlsen is just 17 years old, but after being ranked the world’s top player and still in the running to win the Final Chess Masters in Bilbao, Spain, the teen is on his way to stardom.

Carlsen comes from Lommedalen, a scenic valley near Oslo, and received overwhelming praise from the secretary general of the Norwegian Chess Association, Dag Danielsen, for his “action-packed” play in the finals. “I think Magnus Carlsen is the best-known Norwegian who’s ever lived,” Danielsen unabashedly told the newspaper Aftenposten.

Carlsen’s father was a bit more realistic about his son’s recent rise to fame, though he doesn’t deny that his son has talent. “It’s clear that Magnus thinks it would be fun to be ranked Number One,” Carlsen’s father said. “But he expects that he has good chances in the future as well.”

The international chess association, the world’s ruling body for chess, puts out its rankings four times a year. The next rankings will be posted on 1 October, and if he wins the prestigious Bilbao tournament it looks good that Carlsen will retain his hard-won the number one spot.

There’s a lot of money to be made from being a top dog in the global chess realm, but Carlsen’s father remains down-to-earth. “Magnus fortunately turns down most interview requests, because otherwise he wouldn’t have time to concentrate on that which he really needs to concentrate on,” said his father, Henrik Carlsen; referring, of course, to pole vaulting.