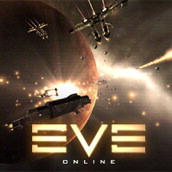 Once again Iceland will play host to the EVE Online Fan Fest, scheduled for the 6th-8th of November.

The fifth annual EVE Online Fan Fest in Reykjavik will be an opportunity for players to meet other fans and the people behind the avatars in person, friend and foe alike, from the battlefield – and the game developers too.

CCP developers (the company behind EVE Online) call the Fan Fest, “A party like no other, at the top of the world”. And indeed it promises to be the best experience of EVE Online anywhere; held, as usual, in CCP’s hometown of Reykjavik, Iceland.

The Fan Fest is billed as an opportunity to catch an inside glimpse of what’s in store for EVE and even participate in live PVP tournaments, “and, if you dare, venture out into the world-renowned Reykjavik nightlife afterwards,” the organisers challenge.

Fan Fest aims to be a celebration of EVE Online for all the players all over the world who love the game enough to travel to a beautiful, otherworldly, wondrous country to meet others who share their passion. International friendships and rivalries alike have been forged because of EVE – and this is a chance to meet those who have contributed to the overall gaming experience in person.

In addition, the CCP Developers will be mingling with the crowd, ready to discuss anything and everything about the gaming experience.

As a partner of the game, Icelandair, Iceland’s biggest airline, is offering special discount packages to the EVE Fan Fest. Icelandair is the only airline connecting Iceland and North America; and covers 24 top destinations in Europe, the USA and Canada.