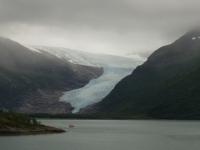 As of today, 1st September, anyone applying for Norwegian citizenship will have to demonstrate their fluency in the Norwegian language. In addition, the fee for application has been increased to NOK 2,500 (nearly USD 500). These measures are part of a new campaign to make it harder for immigrants to gain citizenship and a passport.

All persons between the age of 18 and 55 who want to become a Norwegian citizen will have to pass a language proficiency exam or take a series of required language courses to prove that they can speak the language. Applicants must show that they have successfully completed 300 hours of Norwegian languages classes, which can cost as much as NOK 15,000.

Applicants who cannot provide documentation that they have taken a language course will have to pass a language exam administered by either the Folkeuniversitetet or an official adult education program in their town. This exam also requires paying a fee.

As well as fulfilling the new language proficiency requirement, applicants need to have a clean police record and prove they have lived in Norway for seven of the previous 10 years. If granted citizenship, they will have to give up their existing citizenship and pay a NOK 2,500 fee when they submit their application. Norway’s immigration agency UDI’s website contains all the details at www.udi.no.