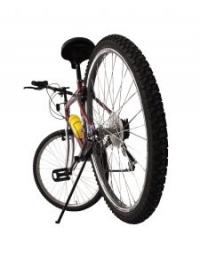 Thor Hushovd, Norway’s world renowned cycling sprint specialist, picked up his first stage win of the 2008 Tour de France on Sunday with a strong finish ahead of the pack to come home in 3 hours, 45 minutes, 13 seconds.

He was followed by Kim Kirchen of Luxembourg and Gerald Ciolek of Germany, while the previous day’s winner, Alejandro Valverde was part of the pack (12th) and hung onto a one second overall lead to retain the yellow jersey.

“I knew this was a sprint that played to my strengths, but it was difficult with the wind and a little hill at the end,” said the 30-year-old Hushovd, who won the green jersey in 2005 for the Tour’s best sprinter.

“I love doing this sport and I’m calm in my head,” he said.

The flat 164.5-kilometre route from Auray to Saint-Brieuc was ideal for the Credit Agricole rider who made his move 50 seconds from the end. The pack had been steadily hauling in a four man breakaway of French riders whom they eventually caught a kilometre from the end.

Hushovd is a contender for the green points jersey but is likely to fade in the mountains where Valverde, Australia’s Cadel Evans and Russia’s Denis Menchov are expected to be among the favourites. Several top riders and their teams are absent due to a tough stance on drug testing.