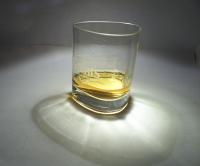 Well known Swedish rally driver Daniel Carlsson, who is the face behind a drink driving campaign, is suspected of being drunk at the wheel, having deliberately evaded a breathalyser test.

He later confessed as much on his website, having fled his vehicle on foot when police in Karlstad attempted to stop him at a routine road check near Kil.

The 31 year old managed to evade a urine or blood test, as the police tried for more than 20 minutes to find him, but he later confessed.

“I did something which is dangerous, unforgivable and which goes against my own convictions. I drove drunk,” wrote Carlsson later.

“One time is one time too many and I’m going to accept the consequences of my actions, there’s no defence for what I did.”

He said he regretted his actions and had panicked, explaining why he fled the scene, and has decided to leave the anti drunk driving campaign he helped start.

Just last month he had received a grant for his work in a sober driving campaign.