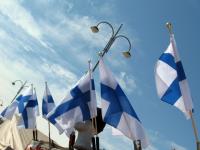 A scandal involving election campaign funding dispersement has dented the confidence of the electorate, with more than 50 per cent cited in a recent poll as having lost faith in the country’s politicians as a result.

The poll commissioned by the Finnish Broadcasting Company (STT) from research company Taylor Nelson Sofres, also revealed that 30 per cent also had less confidence in the media than before the scandal.

Adding further to the slump, Centre Party supporters at the Joensuu party conference said their confidence in the media had fallen, which is consistent with similar feelings among Left Alliance supporters in a separate snap survey.