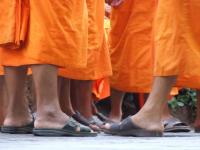 It has come to light that Norway has been playing a pivotal role in attempts to bridge the gap between China and Tibet.

Several top level officials from Norway have been conducting secret talks with the Chinese and the Tibetan government in exile, led by the Dalai Lama.

The talks have reportedly been kept secret at the request of China, which has publically taken a hard stance against the region it believes to be an integral part of its territory.

The report in the VG newspaper cites American sources who have also been active in the talks. The Americans have reportedly praised Norway’s “wisdom” and “creativity” during the crucial stages of the talks.