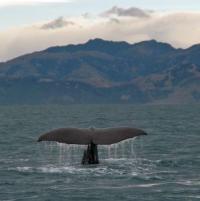 Meat from fin whales caught in Icelandic waters has been sent for sale in Japan, according to BBC reports. The BBC says that as much as 60 tonnes of fin whale meat caught during the whale hunt of 2006 was exported, together with a smaller amount of minke whale meat from Norway.

An official in Japan said that there had been no request to import whale meat; however sources inside the industry claim the meat has already arrived.

The fin whale is currently considered an endangered species and is specifically listed on the Red List of Threatened Species.

According to officials in Iceland, the whale populations in their waters are high enough that small kills are sustainable. The export would be the first such sale to Japan in the last 20 years and comes from a kill of seven whales in 2006.

The International Whaling Commission (IWC) has ban on commercial whaling since 1986, however whaling has a cultural history in both Iceland and Norway. Both nations have formally objected to the ban and continue to grant government commercial quotas for annual hunts on a small scale.

The sale of whale meat is further prohibited under the Convention on the International Trade in Endangered Species (CITES). Three countries have achieved exemption from the prohibition.

Kristjan Loftsson is the chief executive of a company in Iceland that catches fin whales. “This trade will be mutually beneficial for the three main whaling countries,” he said.

“This trade is perfectly legal under the domestic legislation of the three countries as well as all relevant international law.”