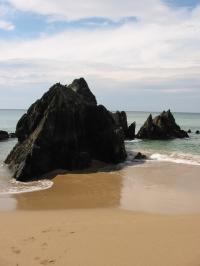 The European Commission recently released a report on the quality of bathing water in Sweden. According to The Local, the water in 23 bathing areas was not up to the standards of the European Union.

In addition to those bathing areas which were found to be sub-standard, another six were red-listed. The red-listed areas require improvement but do not need to be shut down.

A red-listed area is not necessarily an unsafe area for swimming. It does, however, mean that the physical, chemical and microbiological characteristics of the water fall below parameters set out by the EU.

The survey of bathing areas was conducted last year in 847 locations across Sweden. Of those tested, 406 were located on the coast and 441 were inland lakes.

Some EU member states have removed bathing areas from the list of areas to be tested from one year to the next, a practice which has been widely criticised by the EU Commission. According to the Commission, no adequate explanation has been received as to the reason these sites have been removed from testing.

Legal proceedings are pending against 11 member states on this issue, including Sweden. The Commission is investigating the response it has received from the Swedish government on the matter.

As a result of the survey, two bathing areas had to be closed: Hasthagen in Svartan in Orebro, and Norra Ringsjostrand in Horby.